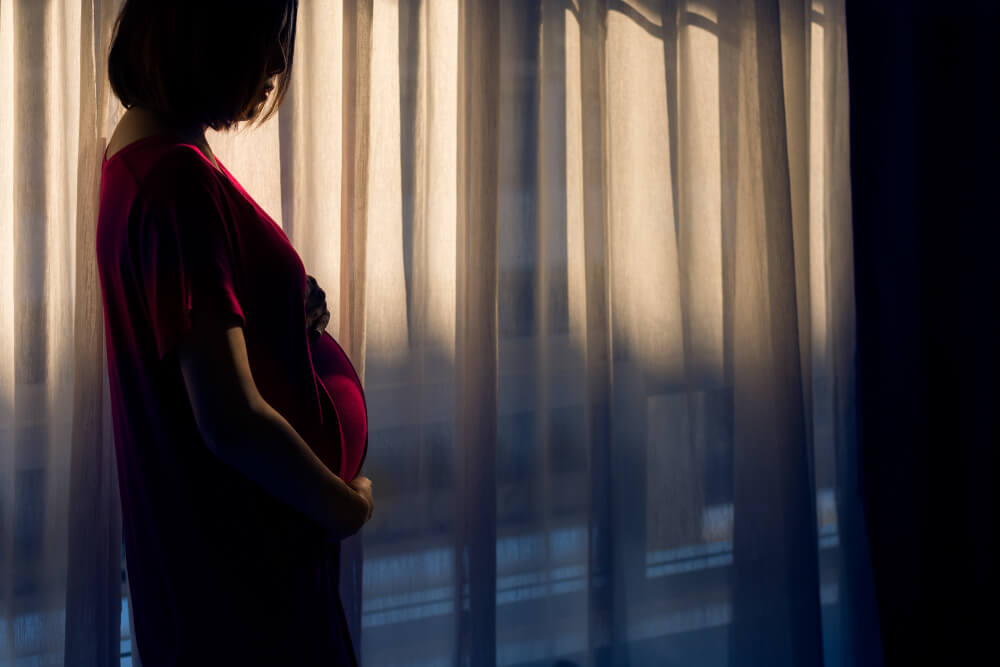 Alcoholism in pregnancy can have fatal consequences.

Alcohol is the oldest psychoactive substance. As it has been present since the creation of mankind, we can safely say that even the ancient peoples knew about the consequences of alcoholism.

Unfortunately, alcoholism in the family is an increasingly common problem in society. According to the latest research, 3% of the world population faces it, with over 250,000 cases are registered in our country.

The worrying situation is exacerbated by constant shifting of age limit and equalization of patients by gender. Namely, alcohol abuse begins as early as in the school age, threatening to turn into addictive disorder over the years. Not even women are excepted, so the men and women ratio of 8: 1, from the 60s, today increased to 3: 1.

Overuse of drinks by women is a particular socio-medical problem, especially given their biological role. Although many expectant mothers avoid drinking during pregnancy, women who struggle with alcohol addiction cannot easily stop drinking despite understanding the potential risks. It is not uncommon during this period to develop anxiety that threatens to grow into alcoholism, even when the problem did not exist before.

Alcoholism in pregnancy was observed in the BC period

Ancient philosophers Plato and Aristotle indicated that alcoholism in pregnancy was dangerous, and they advised pregnant women to avoid drinking. The first record of harmfulness dates from 1834. Namely, the report of the House of Commons, i.e. the United Kingdom Parliament states that alcoholic mothers gave birth to infants of starved, distorted and imperfect appearance. In 1900, Sullivan noted an increase in the rate of miscarriage and stillbirths, as well as an increased incidence of epilepsy among live births in mothers who chronically used alcohol.

However, alcoholism in pregnancy was not officially addressed by science until 1968. French physician Paul Lemoine discovered several anomalies caused by alcohol consumption during pregnancy. His work was completed 4 years later by pediatrician Kenneth Lyon Jones who laid the foundation for discovering fetal alcohol syndrome (FAS).

How does alcoholism during pregnancy affect the fetus?

There is no safe amount of alcohol a woman can drink when pregnant! A study by the World Health Organization found that consuming even small amounts would affect baby’s health, as everything future mothers bring into their body is consumed by their babies, including alcohol.

However, the fetal blood alcohol level may become higher than that of the mother. The reason for this is the lack of enzymes required for its breakdown, which makes it difficult to exchange nutrients and oxygen between the mother and the fetus. This has a negative impact on the development of all vital organs of the child, so numerous prenatal anomalies, but also diseases in later years of life may develop.

In the first months of pregnancy, alcohol has teratogenic, mutagenic and cytotoxic effects on the embryo. Therefore, there is a high risk of miscarriage, premature birth, as well as stillbirth and sudden infant death syndrome.

Alcoholism in pregnancy leads to lasting changes, which are known as the fetal alcohol spectrum disorders. These include primarily abnormal facial appearance, such as small head size, a characteristic lump between the nose and the upper lip, short and narrow eye opening, strabismus and a cleft lip, then slower body growth, or lower height and weight than average. There are also problems with vision, hearing, heart, kidneys or bones.

Alcohol has the strongest influence on the brain of the unborn child, causing severe damage, so the child is late in developing speech and language skills, has poor coordination, poor memory and difficulty in focusing and reasoning. It can also show hyperactive behavior, lower IQ, and other signs of mental retardation.

As the pregnancy period is short and the consequences are serious, it is very important that alcoholism treatment is quick and effective. This is exactly the approach of VIP Vorobiev clinic. The knowledge and experience of world-renowned physicians and psychotherapists, along with modern methods of treating addictive disorders at this clinic, guarantee painless treatment with optimal results in the shortest possible time. Not only does the patient get completely freed from physical and mental dependence, but the heart, liver, kidney and peripheral nervous system are also normalized. The proper development of the baby’s organs is thus preserved.

VIP Vorobiev stands out from other rehab centers also by accommodation. The luxurious, spacious rooms provide comfort and privacy during treatment. The diet is based on fresh, quality food and respects the wishes, habits and religious preferences of the patients. This luxurious rehab clinic also offers a modern gym, swimming pool and hot tub for moments of relaxation.

The life of the little creature depends on you, so visit VIP Vorobiev clinic in time!