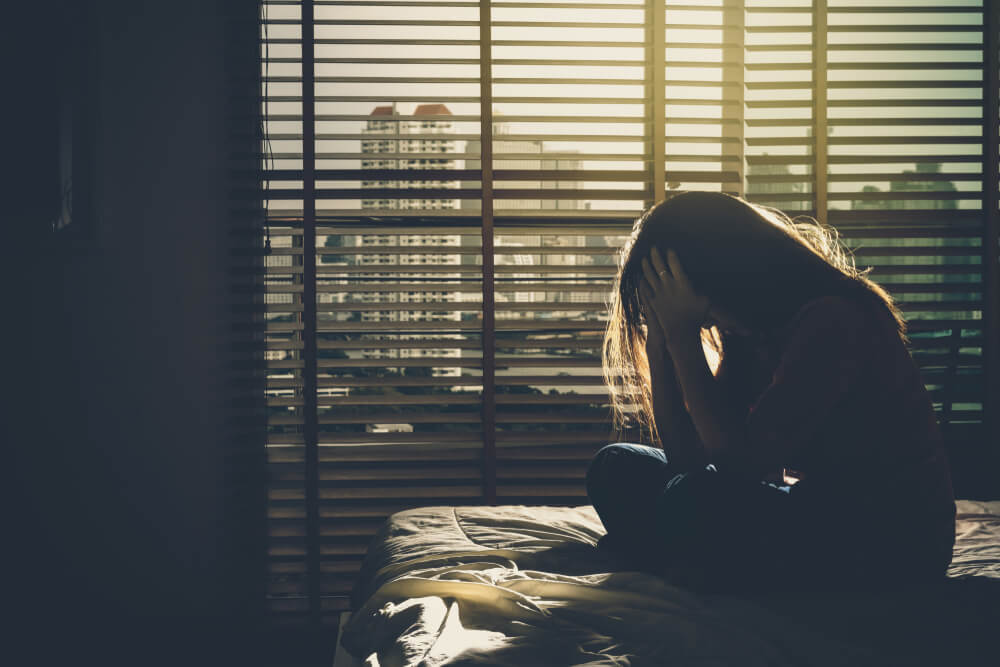 How does depression affect physical and mental health? Why is it so dangerous? And why is it so hard for people to seek help? Questions that are a frequent topic of numerous researches, shows in the media, but also everyday conversations among people around the world.
Although each of us has faced a feeling of immense sadness and distress at least once in our lives, depression is much more than frustration and hopelessness. Even when one’s life seems perfect, the disease hides behind masks that are hard to recognize, while people, living in the belief that this does not happen to them, sink deeper into the abyss of a dangerous problem.

Unfortunately, the number of people suffering from this disease increases year by year. The reason is, first, the turbulent age we live in, constant stress, but also the extended life expectancy of man, as well as an increase in chronic physical illnesses. According to the latest World Health Organization data, over 300 million people worldwide suffer from depression, and about 400,000 cases are registered in our country.
Bearing in mind the severity of the problem, VIP Vorobjev clinic draws your attention to how depression affects physical and mental health.

Depression has long been known to affect physical and mental health

Depression symptoms are among the oldest described diseases in medicine. We can freely say it is as old as humanity.
In Ancient Greece, it was seen as an imbalance of 4 elements of the spirit.

On this basis, Hippocrates stated that if a condition persists, physical and mental complaints arise, while Aretaeus Of Cappadocia pointed out that the diseased ones were boring or unreasonably rude, for no apparent cause.
From Greece, depression spread to Rome, where it was described by Galen. Yet the first detailed record was given by Persian philosopher Avicenna in his book “The Canon of Medicine”. The name for the disease was introduced very quickly from the Latin verb “deprimer” which means to press down.
The term has found use in many fields. In the 19th century, the French psychiatrist Louis Delasiauve described in the medical literature how depression affects physical and mental health.

Are we really aware of how depression affects physical and mental health?

When considering how depression affects your life, you usually only consider the mental aspect of the problem. Namely, depression is classified as a mood disorder. From gradual withdrawal into oneself, it over time results in a complete loss of interest in the environment followed by dissatisfaction and dark and negative thoughts. At the same time, other psychological problems develop, such as anxiety and business burnout, although drug use and pill addiction are not ruled out either.

Numerous scientific studies have confirmed that depression has great effects on the brain.
It affects the reduction of the hippocampus, which is in charge of space and memory, meaning there is a decrease in cognitive function.
How strong actually the impact of this disease is on the human psyche is best evidenced by the fact that each year over 800,000 people worldwide commit suicide due to depression.

Depression is not only a mental but also a physical illness!

The answer to the question as to how depression affects physical and mental health can only be given if you observe the effect of the problem on the whole body.
The latest study has shown that depression increases the risk of cancer and cardiovascular diseases. Even if no serious disease is developed, it changes the body’s function so much that a number of other physical complaints arise.

In addition to characteristic fatigue and languor, muscle, chest and back pain are also common. Then there are headaches, dizziness, and loss of consciousness. Also, the digestive system is affected, leading to digestive problems, diarrhea and other symptoms reminiscent of a stomach virus.
Hair loss, as well as weight gain as a result of the constant need for sweets and strong, salty foods, are clear signs of depression, while women may also miss their periods.

Depression is a serious illness that will not just go away on its own. It requires professional help. VIP Vorobjev clinic has a team of eminent doctors, specialists, psychiatrists and medical staff with years of experience in treating addiction as well as all other mental problems.

State-of-the-art therapies for depression are applied in a pleasant setting and luxuriously furnished accommodation. Each patient is given full attention and individual approach as well as discretion and safety during his stay at the clinic. To make treatment more comfortable, patients have a variety of contents at their disposal – from the entertainment room, through the extensive library, to the pool, hot tub, and gym.

Life is made up of beautiful things; let the world-renowned experts of VIP Vorobjev clinic show you that.