One of the major reasons why people abuse cocaine is the false sense of increased energy that it gives them. Combined with alcohol, which is typically readily available in the places where cocaine can be found, the user gets disinhibited. This makes cocaine a drug that many use to loosen up and have fun at parties.

However, the problem arises when a few uses of cocaine turns to many years of cocaine addiction. It is ironic that the sexual power that men may sometimes feel that cocaine gives them, can eventually become impotence in the long-term. This is just one of the many long-term problems that cocaine can cause.

It is important to find help for cocaine addiction as soon as possible, as the drug can be devastating to an addict’s life. This article will let you know about the symptoms of someone using cocaine, as well as how to help someone addicted to coke.

What is cocaine and what causes cocaine addiction?

Cocaine is a Schedule II drug according to Drug Enforcement Agency scheduling. As it is produced from a plant and has no widespread medical use, its production is expensive, which in turn makes the drug expensive. As a result, as a recreational drug, it has become a status symbol of sorts. It is frequently used at parties and other social gatherings.

Many people have their first use of a drug like cocaine at such gatherings, and while addiction does not typically set in with the very first use, the individual may keep abusing the drug because of the effects which they find pleasurable. It is these repeated uses of the drug that eventually causes dependence to set in.

Why is cocaine addictive?

Cocaine is a drug that produces a lot of effects on those who abuse it. Some of these effects are desired by the person who uses it, such as euphoria and increased energy. Cocaine arrives at the brain through the blood and by binding to certain receptors in the brain, it can cause an increase in the levels of neurotransmitters, such as serotonin and dopamine which are directly responsible for the euphoria that addicts feel.

However, once the drug’s effects wear off, so do the raised levels of these chemicals in the brain. The increased dopamine buildup in the limbic system is responsible for the dopamine-seeking behavior seen in addicts. This can make the individual crave the drug again as the euphoria wears off and it can eventually cause psychological dependence, in which the addict requires it to function normally. At the point that the drug begins to interfere with their normal life, the person can be said to have developed a cocaine addiction.

At the same time, In some studies, a change in the production of protein FosB caused by cocaine is said to be implicated in the addictive potential of cocaine.

Some facts about cocaine

– Dr. Sigmund Freud treated his friend, a morphine addict, with cocaine. However, the result of the treatment was unfortunate. The man developed a cocaine addiction, went psychotic, and committed suicide by shooting himself.

– Some people suggest turning to other drugs such as marijuana, alcohol, benzodiazepines, and other sedatives to quit cocaine. It is said that these substances alleviate anxiety and allow people to sleep well and recover. Drug dealers may tell their customers that the “best” drug for that is heroin. Unfortunately, these addicts may switch to heroin instead, and become addicted to it.

If a person is trying to determine whether they have become addicted to cocaine or whether a loved one of theirs has, there are signs that they can look out for.

The use of cocaine has a pattern that can be observed. This is all related to the fluctuations that it causes in neurotransmitters.

A typical cocaine cycle starts with 1 or 2 days of intensive drug abuse. After this, they reach the crash, which is like a cocaine hangover. This is followed by 3 to 4 days of recovery during which the addict may feel depressed, experience cravings, and restart their drug use.

This is the withdrawal phase and it is the point where the cycle typically loops back. However, there is a final phase of the cycle known as ‘extinction’. However, this is only likely to occur if a patient gets treatment for their addiction.

As the addiction develops, these cycles become increasingly destructive. They will begin to have disruptions in their social life, as well as their financial and medical status. At this point, long term effects such as paranoia and insomnia begin to set in.

The individual may be able to recognize their problematic use of the drug, but all attempts to quit may be futile.

The effects of cocaine abuse

A long time ago, cocaine had widespread medical usefulness, but its dangers far outweigh its benefits. Research has shown that there are several effects and influences that cocaine can have, both short term and long term.

The short-term effects of cocaine abuse

Some effects arise alongside the euphoria when cocaine is abused. The addicts don’t desire these symptoms, but they are part of the response that cocaine causes in the body. Those that occur within minutes to hours are the short term effects of cocaine.

The long-term effects of cocaine abuse

Continued and frequent use of cocaine can cause some very serious effects on the addict, both psychologically and physically. The physical effects are also capable of affecting a wide array of body systems. These include the following:

Other effects of cocaine abuse

Each route and way of taking cocaine has its specific dangers.

Cocaine can impair some normal bodily functions either in the short-term when the drug is used, or up to years after the fact, especially psychologically.

Short-term consequences of cocaine use

It causes the following:

Cocaine is most commonly used with alcohol, which can be very dangerous. Both substances impair an individual’s attention and reflexes, which can double the risk if they decide to get behind the wheel. Also, research has found out that when combining cocaine with alcohol, the body turns them into cocaethylene. The effects of cocaethylene last longer and are more toxic than any of these drugs individually. It is important to note that the mixture of cocaine and alcohol is the most common combination that results in death.

Over time, cocaine can have some very severe effects on the brain. The more cocaine that a person uses, the faster these symptoms will appear and the more severe they will be.

The brain’s adaptation to cocaine, also known as neuroadaptation, is fast with cocaine, and it can easily pull in youth until they get addicted. Attempting to stop cocaine results in a variety of symptoms.

When an abstinence crisis happens, and the good vibes flow of “happy” neurotransmitters is lost, depression and a feeling of loss take over. Many people have suicidal ideations when abstaining from cocaine.

It is pertinent that cocaine addiction is tackled as soon as it can be. The cocaine withdrawal does not provoke remarkable symptoms as is the case with heroin, and there are no difficulties such as vomiting and tremor. However, it is still very difficult to deal with the abstinence crisis without the assistance of experts, due to all of the psychological effects.

For those looking for treatment for cocaine addiction, the clinic offers multiple cocaine treatment options.

Biochemical restoration is one of these, and it is a critical aspect of recovery. It deals with the biochemical and neurochemical imbalances in the brain and body that resulted from cocaine abuse.

The patients will also undergo psychotherapy as part of cocaine abuse treatment. This aims to repair the psychological damage that years of cocaine abuse may have caused. Medication is also used to make withdrawal symptoms more tolerable.

The treatment for cocaine addictions also includes a special diet that is introduced after extensive laboratory testing. Dietary supplements are given to restore biochemical balance, so these may include vitamins, minerals, amino acids, and more.

Having their family on board is important as it provides support for the person to make it through the journey.

The phases of treating cocaine addiction

The diagnostic phase is always the start of a cocaine treatment program. This includes tests such as blood analysis and psychological tests.

During the time in the cocaine addiction treatment center, the psychological state is made to stabilize, with symptoms like depression and cravings taken care of, with improved sleep and appetite as well. Other therapeutic techniques like group psychotherapy, yoga, massages, exercise, meditation, and the like are instituted.

Following discharge, the outpatient phase for the treatment of cocaine problems takes a year. When discharged, they will be given instructions as well as prescriptions, which should be followed. Each month, they will come to the clinic or call our team for a follow-up session with medical experts where complaints and problems can easily be addressed.

The phases of treatment are as follows:

Following the diagnostic results, a treatment strategy is drafted out. If the tests reveal any complicating factors such as risk factors or comorbidities, then new tests may be requested and the treatment structured around that.

The program at VIP Vorobjev Clinic includes transportation of the patient from a station or airport to the clinic, as well as returning them there following treatment. Those coming from a foreign country can be assisted with getting a visa if needed. Patients are treated as inpatients, and they are placed in comfortable rooms to ensure a good stay.

The doctors are all certified, whether anesthesiologists, psychiatrists, or psychologists, each with anywhere between 10 and 25 years of experience. The healthcare workers at the clinic are available for patients around the clock, every day of the week. There are more than 60 people employed by the clinic, with a security guard on the ground to secure patients and staff. This is in addition to the video surveillance system.

Quitting cocaine can be a very difficult move to make, but it is for the best. It will ensure a healthier, stress-free life, as well as providing bonuses in terms of social life and finances. The first step is always the hardest, but with VIP Vorobjev Rehab Clinic, it can be made easier.

If you want to find out more about getting rid of your addiction and avoiding relapse, get a free and confidential online consultation to discuss treatment options and the various outcomes with an expert of the clinic >>>

You can expect to go over the following topics:

What forms does cocaine come in?

Crack addiction is particularly dangerous as it is a cheaper form of the drug and easier to obtain. Crack addicts are also known to have more severe consequences for use.

Which routes can cocaine be used?

Cocaine can be smoked only if it is crack or freebase. It can be injected when speedballing. This makes it easy to look out for paraphernalia that might suggest drug use. Finally, it can be snorted.

Yes, it is. This can cause symptoms such as sweating, tremors, seizures, respiratory failure, coma, and eventually death if there is no help gotten. 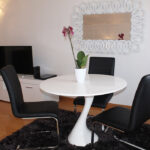 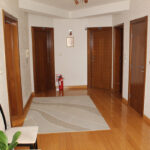 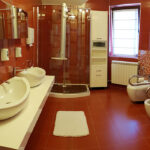 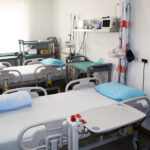