Drug addiction or addiction to any type of narcotic is definitely a disorder. In other words, drug addiction is a psychological disorder that can be characterized as compulsive drug use, despite all the bad consequences it causes. It is a severe, chronic and complex disease that cannot be defeated solely by willpower. The fact is that addiction completely engulfs all aspects of the addict’s life – health (psychological and physical) and social – testifies to the seriousness of this disease. For this reason, the treatment of junkies under medical conditions, using state-of-the-art methods of treating addiction, is the only possible solution for complete recovery.

The term "drug addiction" or "addiction" does not just refer to addiction to the two deadliest drugs of today – heroin and cocaine. On the contrary, drug addiction also refers to the overuse, or abuse, of other psychoactive substances such as opiates, opioids, medications, psychostimulants, tablets and the like. A person struggling with addiction simply cannot control their craving and urge for drug use. Junkies, unfortunately, are not able to control when and how much they consume drugs. Drug addiction, therefore, is a self-destructive pattern of behavior that destroys the life and health of the individual and his or her loved ones.

This is exacerbated by the fact that addiction does not really choose its victim. That is, drug addiction can hit anyone, regardless of gender, age, or status. However, it is encouraging that the solution certainly exists and is available at all times. Treatment of junkies is successfully implemented in adequate and quality addiction treatment clinics. 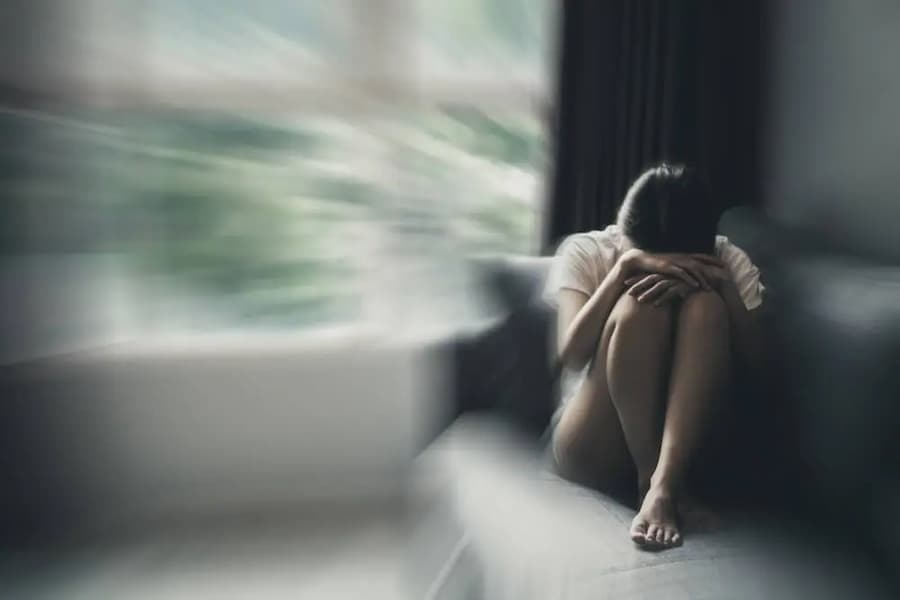 Why does addiction (drug addiction) develop?

Addiction or drug addiction is not always an obvious problem. Most people consuming narcotics initially do it out of sheer curiosity or to experiment. However, not all experimenters become junkies, although recreational drug use is certainly the first step to developing addiction. So the question is founded – what causes addiction? In other words, what makes a person become an addict or a junkie?

How fast someone can become an addict varies from person to person. For this reason, many studies have been conducted on this topic. Experts have come to the conclusion that there is no single cause of addiction development, but that they can all be grouped into several categories. These are biological causes, psychological causes and socio-cultural causes.

1. Biological causes. These causes relate to each person’s unique genetics and physiology. People differ in the extent to which they like or dislike a substance or activity that, in turn, can cause addiction. Scientists estimate that genes, along with external factors that affect their expression, have a 40 to 60 percent share in the possibility of developing an addiction. Also, teens, adolescents, and people with a mental disorder, such as depression or anxiety, are more prone to drug abuse and addiction.

2. Psychological causes. Everyone encounters a variety of problems in life and solves them in a different way. Problems and socially uncomfortable or unpleasant situations cause different emotions and reactions in a person. The way a person copes with these emotions can determine whether or not he or she is prone to developing addiction. For example, people who are under chronic stress or who are struggling with depression, anxiety, panic attacks, or other mental problems are more likely to develop addiction.

3. Socio-cultural causes. These causes or risk factors for the development of drug addiction include the environment. Family, friendship, marital, employment relationships, as well as socioeconomic status, have a great influence on the likelihood of developing an addiction. For example, peer violence, physical or sexual abuse, disturbed relationships in the family or marriage, mobbing at work, and the like increase the likelihood of substance abuse. The drug user believes that this will make it easier to cope with these problems. Over time, this habit certainly grows into drug addiction.

Treatment of junkies – Which drugs are used most?

Although an increasing number of new drugs are emerging today, there are several types of narcotics, or psychoactive substances, which are most commonly abused or consumed.

Marijuana.
This is one of the most widespread drugs of today. It is especially used by young people and adolescents. Marijuana should never be taken lightly and classified as a so-called “soft drug,” since it leaves many negative health consequences. Some of the effects of using marijuana include memory problems, irritability, drowsiness, slow reactions, hallucinations, increased talkativeness, hypertension.
Heroin.
It causes addiction very quickly. It is obtained from the opium poppy. It can be introduced into the body in three ways – by smoking, snorting and intravenously. Like any other narcotic, heroin causes a whole host of damaging health effects. These include musculoskeletal pain, insomnia, vomiting, diarrhea, irritability, brain damage, and seizures.
Cocaine.
With heroin, cocaine is one of the most dangerous drugs. It is an illegal narcotic, but it is often misused for its stimulant effects. Some of the effects caused by cocaine addiction include paranoia, irritability, reduced appetite, cardiovascular disease.
Methadone and substitol.
Type of synthetic drugs and opioids with extremely strong analgesic effects. Methadone and substitol are extremely dangerous psychoactive substances as they cause both physical and psychological dependence.
Amphetamines.
These are powerful stimulants that have a direct effect on the brain, or the CNS (central nervous system). Although used to treat certain medical conditions, amphetamines are addictive if overused. The causes of amphetamine abuse are, among other things, acne, blurred vision, and restlessness.
Methamphetamines.
The kind of synthetic amphetamines that certainly triggers the development of addiction. Anxiety, moodiness, general restlessness, aggression and the like are just some of the consequences of methamphetamine abuse.

It is very important to differentiate between all these narcotics. This is important not only because of the various effects they cause but also because of the choice of appropriate medical treatment when it comes to treatment of junkies.

What are the symptoms of drug addiction?

There are several indicators that may indicate a person is a junkie. Namely, junkies need more and more of a psychoactive substance to achieve the same effect of pleasure. This is a clear sign that drug tolerance has occurred. Junkies cannot stop themselves from using or consuming a particular drug, even if they want it. Addicts continue to use and take drugs, even if this pattern of behavior has extremely bad effect on their relationships with their family, friends or partner. Junkies often borrow money or engage in illegal and criminal activities to get it to pay for drugs.

Without drugs in their body, they feel weird, depressed, are sweating or have headaches. In some more extreme cases, panic attacks or fever may occur. Junkies spend a lot of time thinking about narcotics: how to get a higher dose, when and how much they will take and the like. Addicts often consume drugs in secret, denying that they have any problem at all. Loss of interest in things or activities that once fulfilled them may also indicate the existence of addiction.

Behavioral changes, lack of motivation, lack of personal hygiene care, poor physical appearance (red eyes or nostrils) irritability, lack of clarity in speech are just some of the possible signs of drug addiction.

If you notice any of these symptoms, be aware that treatment of junkie is necessary.

Safe and painless treatment of junkies is possible!

As hopeless as it may seem, fortunately, all is not lost. If you are struggling with any type of addiction or know a person who needs help, know that it is no shame to admit that there is a problem. This is because there is certainly a solution. Treatment of junkies and complete rehabilitation at VIP Vorobiev clinic is safe and painless, and in a very short time, you will turn to the healthy and happy side of life. For more than two decades our luxury addiction treatment hospital has been successfully dealing with this problem using the most modern and innovative methods of treatment. Thousands of cured patients from all over the world are proof of our expertise and maximum commitment to each patient individually.

Stages in treatment of junkies

Diagnostics.
The first stage in the treatment of addiction which confirms the presence or absence of disorder and estimates the overall psychophysical condition of the patient.
Detoxification.
At this stage, the patient receives the necessary solutions by infusion or medications, which aims to accelerate the removal or elimination of the addictive substance from the body.
Ultra-rapid detoxification.
Extremely effective and modern method of cleansing the body of psychoactive substances. It is performed while the patient is under anesthesia, which causes him to feel no pain or discomfort.
Psychological addiction treatment.
At this stage, the patient’s desire, craving, and need for drugs are eliminated.
Psychotherapy. The task of psychotherapy is to change patient’s behavior and views. Through psychotherapy, the patient’s return to a normal and healthy social environment, ie. re-socialization and reintegration are guaranteed.
Physiotherapy.
At this stage of treatment, the patient is directed toward recognizing and enhancing movement capabilities. The goal of physiotherapy is to restore patients maximum functional mobility.
Occupational therapy.
This part of the treatment covers various creative, educational, intellectual and other activities aimed at improving the physical and mental functions of the patient.
Full post-treatment support.
Even after the patient leaves the hospital, we remain in contact with him for the next 12 months. We do this to monitor the patient’s progress and maintain the results of treatment. At this very important stage of healing, we encourage the patient to maintain a healthy lifestyle and functioning.

What sets VIP Vorobiev clinic apart from others is the application of the latest methods of treating addiction. Ibogaine and Ayahuasca treatments have proven to be very effective in treating junkies. A team of renowned and distinguished experts from VIP Vorobiev clinic will help you get rid of addiction once and for all.

Amphetamine is a stimulant for the central nervous system. Its usage causes an increase in …

Bath salt addiction has become an increasing concern. We can categorize bath salts under …

Buprenorphine Implants in the Treatment Of Drugs

Cocaine is a stimulant made from coca plant leaves, and it’s commonly offered as a white …

Mandatory treatment is treatment motivated, ordered, or supervised under the criminal justice …

Reports of addiction to designer drugs are relatively new, yet rising to a concerning degree. …

MDMA (short for 3,4-methylenedioxymethamphetamine) is the common name for the drug Ecstasy. …

Flakka, popularly known as alpha-PDP, is a synthetic cathinone. In structure, flakka is …

Heroin is a powerful drug extracted from the opium poppy, a flower that usually grows in South …

Drug addiction is still one of the biggest problems in the world. Many people all over the …

Addiction to this psychoactive drug is on the rise, which is why patients are actively …

Methamphetamines are a broad category of pharmaceuticals that includes crystal meth. While …

Opium has a long history of being used for pain treatment. Around 3500 B.C., people began to …

Naltrexone implants in the Treatment of Drug Addiction

Opioid use disorder and alcohol disorder are among the biggest health concerns globally. …

People who consume opioids are at risk of developing addiction. Personal history and the …

An addiction to spice is usually the result of people abusing a synthetic form of cannabis. …

Test for Drugs and Psychotropic Substances

Tramadol is a pain reliever that is made from synthetic opioids. As the use of prescription …