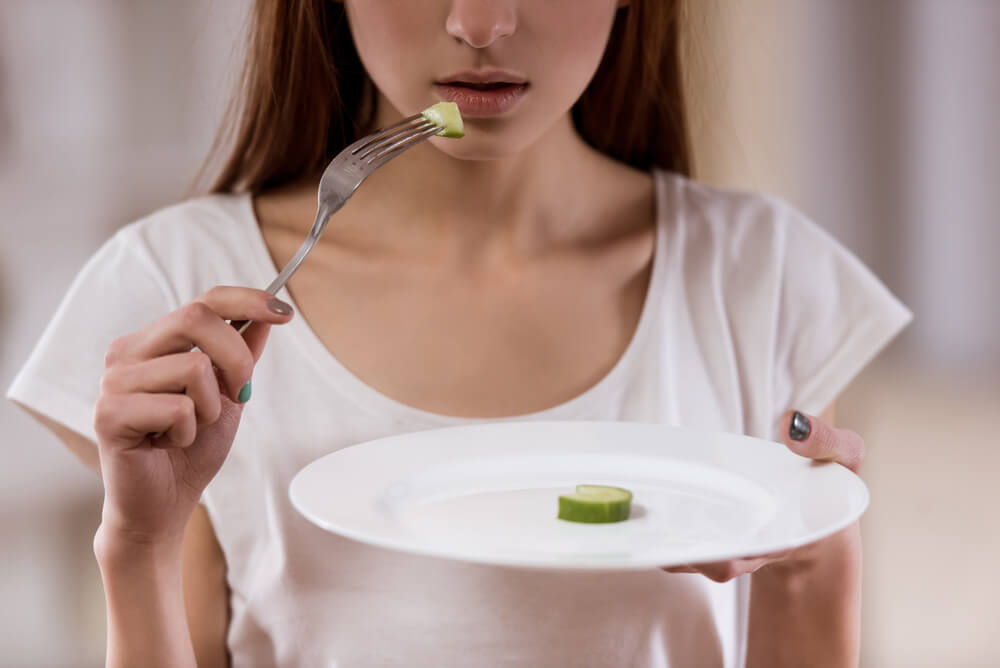 Eating disorders are a common problem of the modern man.
Modern age is characterized by unrealistic beauty standards. Magazines and social networks are flooded with photos of beautiful models with firm legs and perfect six-packs. Even as we walk in the city, we cannot avoid perfect figures and flawless faces smiling from billboards.
A nice and pleasant look is today imperative in business. It has been scientifically proven that people prefer to cooperate with younger, attractive clients. It is not surprising that women, but also men, are paying growing attention to their bodies.
However, often, under the pressure of society and constant stress, people unconsciously take the path that leads from a healthy lifestyle to illness. That eating disorders are a global health concern is confirmed by over 70 million cases registered with a rising trend. Also, the age limit moves from year to year. So bulimia and anorexia are usually developed before 25 years of age, while compulsive overeating most often occurs in the thirties.

Eating disorders have been known since ancient times

Believe it or not, eating disorders are not the mark of modern life. Namely, the first data can be traced to even before BC. They were recorded by Xenophon in his work Anabasis.
Even in ancient Egypt, eating disorders were considered a form of treatment. That is, doctors used to recommend bulimia once a month to protect the body. The reason for this lies in
believing that food is the main cause of all diseases.
The Romans went even further. For them, “voluntary” vomiting was the privilege of the higher social strata. In this way, wealthy people made places in their stomach for taking new ones
treats at important celebrations.
Until the 19th century, no eating disorder was considered harmful. It was not until the mid-20th century that their association with psychological problems was noted on Mayo Clinic, and from 1980 they have been officially classified in the Diagnostic and Statistical Manual for Mental Disorders.

How one develops an eating disorder?

Eating disorders are very complex, but their exact cause cannot be specified. Their development is instead explained by a combination of several factors. In addition to social, biological, and psychological factors play an essential role.

Genetics itself can contribute to developing eating disorders. It is noted that they are more likely to occur in women whose mothers or sisters suffer from the same problems, although individual characteristics can be a precondition as well. Perfectionists, people with difficulty in expressing emotions and feelings, or those with low self-confidence are more likely to develop an eating disorder.

The problem can also be caused by major events in life. Suffered physical or psychological violence, death of loved ones, divorce, poor family relationships are just some of the cited factors.

Keep in mind that eating disorders are not just “attracting attention.” Already in their basis lie serious problems. Depression and anxiety are often accompanists, but also the cause of the disorder.

How to recognize eating disorders?

Anorexia usually begins with the desire to get in shape a little. The problem arises when the rigorous regime is not abandoned after losing pounds. This disorder, in fact, is characterized by excessive fear of obesity, so the people who are suffering from it are continually starving themselves and are obsessed with counting calories they take. At the same time, they develop a tendency towards obsessive working out.

Unlike them, patients with bulimia have alternating periods of extreme starvation and overeating. At these moments, they lose control and are ready to eat anything they find. Studies have shown that these are indeed large amounts of food, going up to 5,000 calories. This phase is followed by the feeling of guilt and fear of obesity, and they see salvation in self-induced vomiting.
Compulsive overeating is recognized by regular taking of large amounts of food. These people usually eat fast, often in secret. People who suffer from this disorder do not have control, and they continue to eat even after they are full-fed. Although they have a sense of guilt, they do not cause vomiting to get rid of the food on which they binged, as is the case with bulimia.

Given that eating disorders endanger human health, it is necessary to treat them. Most people are not aware of the problem, so recognizing symptoms is the first step in the fight.

At VIP Vorobjev clinic, which specializes in treating addiction, all eating disorders are successfully treated. The significance of psychotherapy in this treatment is great as it also reveals the cause that led to the problem in the first place. A team of eminent doctors and psychotherapists will help the patient to face challenges before him threatening with a relapse.

The pleasant atmosphere in which the therapy takes place and the care of our doctors are prerequisites for the trust of our patients, while the gym, pool and hot tub are there to help you relax and restore strength, as well as a healthy look.

Eating disorders are a vicious circle that can lead to a fatal outcome. So contact VIP Vorobjev clinic in time and return your life to normal.