Psychological and physical effects of alcoholism 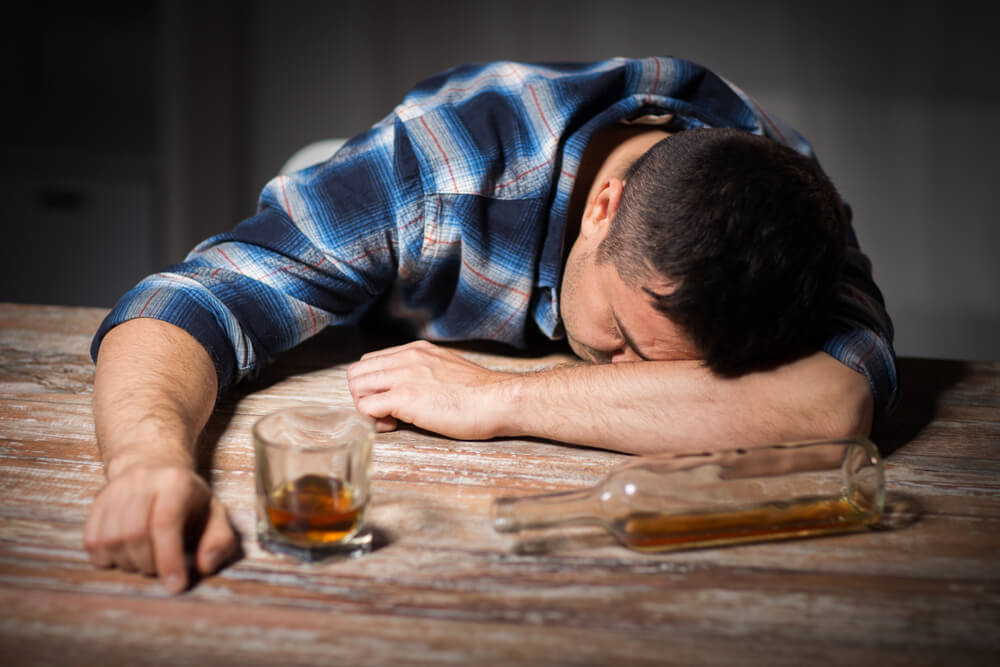 Although many people are not aware of it, the effects of alcohol misuse are severe.

Alcohol dates back to the very beginning of humanity. We reach for a glass of our favorite drink when we celebrate, relax after a busy day at work or want to drown sorrows. Yes, alcohol is found everywhere in our lives. Regardless of the social and intellectual level, gender and age, people around the world consume various types of alcoholic drinks.

However, the question is where the limit is between moderate drinking and just another cup that leads to addiction. Though a legal psychoactive substance, alcohol, just like the use of drugs, can develop a problem we cannot solve on our own.

What the effects of alcoholism are is presented to you by Vip Vorobjev clinic.

The effects of alcoholism have been known since ancient times

The adverse effect of alcohol on the body, as well as the problems caused by excessive consumption, was reported as early as in the Spartan culture. Constantly drunk people were punished by their legs being cut off. Romans were prohibited from drinking alcohol by the age of 30. Tzar
Dušan prescribed punishments for alcoholism in his Code, depending on the severity of the act done under the influence.

From the psychological point of view, the effects of alcoholism were first described by Aristotle. His work was developed for centuries by many scientists. In 1849, Swedish physician Magnus Huss gave a detailed description of harmful effects. The World Health Organization classified alcoholism as an illness which requires professional treatment of addiction as late as in the mid-20th century.

That the effects of alcoholism should not be neglected is confirmed by the fact they are faced by
about 3 percent of the world’s population, ranking them the 3rd by frequency, right behind
cardiovascular and malignant diseases.

Alcoholism in the family is an increasingly common concern in the society of our country. Additionally worrying are the data that as many as 25 percents of children aged below 17 drink regularly.

Alcoholism has been found to cause as many as 23 health problems.

It primarily stimulates food intake. Bearing in mind that its calorie value is not low, the emergence of obesity is an obvious sign of addiction.

As the liver is the organ that eliminates all harmful substances we enter, it is the first to be affected by excessive consumption. This burden can lead to fatty liver, which increases the risk of inflammation, possibly further leading to total decay and dangerous disease, i.e., liver cirrhosis.

Long-lasting alcohol intake makes blood vessels less elastic, so one can develop high blood pressure.
Hypertension may lead to a stroke. Namely, research has shown that men who drink more than six drinks a day, and women consuming more than four drinks a day increase the risk of stroke by almost 40 percent.

Also, alcohol weakens the heart muscles, aggravating blood pumping all over the body.
The consequences of excessive heart stress include respiratory problems, leg and foot swelling, as well as the development of cardiac diseases.

Over time, drinking negatively affects the production of white blood cells, leading to a weakened immune system. This makes the body less resistant to various infections, including serious illnesses such as tuberculosis, breast, liver, mouth, and throat cancer.

The psychological effects of alcoholism

Chronic use of alcohol also destroys brain cells that cannot be restored. This leads to changes in behavior, decline in concentration and cognitive functions, depression, anxiety, and
serious mental disorders.

The most common is delirium tremens. The characteristic symptoms of it include fatigue, excessive sweating, high blood pressure, insomnia, developing a variety of fears, and even aggressive behavior.

Alcoholic epilepsy is manifested by loss of consciousness, which leads to a fall. These are followed by the whole body stiffness, and later muscle spasms and foaming at the mouth. After the crisis, the person feels sleepy and disoriented.

Another psychological consequence of alcoholism is dementia, which can occur as early as in the thirties. Just like the one that is caused by aging, alcohol-caused dementia is recognized by the loss of memory, word–finding difficulty, difficulty in carrying out everyday activities, while at a later stage, patients cannot control physiological needs. They are not capable of taking care of themselves.

The drinking problem does not affect only the individual but also his closest ones. That is why it is crucial to start treating alcoholism in time. In this way, the occurrence of severe symptoms may be prevented, and further brain decay can be slowed down to a great extent.

Vip Vorobjev Clinic applies a unique combination of state-of-the-art treatment methods. Thanks to the individual approach, each patient is prescribed the best painless detoxification program, which eliminates the adverse effects of addiction in the fastest way. At the same time, the disturbed balance in the brain is restored, and the functioning of all organs normalizes.

When the body restores energy, the desire for further alcohol consumption in the patient is eliminated with the constant supervision of a professional team of doctors and psychotherapists.

The pleasant, luxurious atmosphere of every room and lounge gives you complete privacy.  The use of a gym, swimming pool, and hot tub within the clinic will ease the period of treatment.

Even when you are done with hospital treatment, the expert team of the clinic is available for all patients at all times as full post-treatment support is the best way to prevent recurrence.