Fears that prevent us from living a normal life – What are phobias? 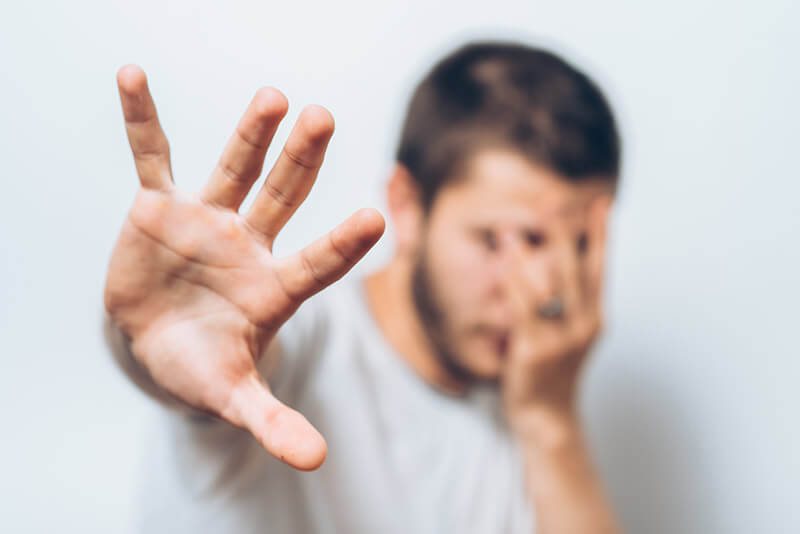 How many times have you heard someone say that they have a phobia of something, colloquially identifying phobia and fear? Probably almost every day. Fear is a completely natural, justified and normal emotion, or a reaction to an upcoming danger. Biologically speaking, in this way, our body prepares us for the “fight” for the purpose of survival. But fear is not the same as phobia. This is why we often justifiably hear the question – what are phobias?

What are phobias and how do they arise?

We have now clarified that fear and phobia do not represent the same thing, but it should be noted that there is a thin line between these two categories. So, what are phobias? A phobia is an irrational, intense and exaggerated fear of the consequences of contact with a particular object or situation. People who suffer from phobias are aware that their fear is unrealistic and unfounded, but they cannot resist it. Neither can they control and overcome it. Therefore, the basic characteristic of phobia is that the fear someone feels is not proportionate to the actual danger of an object or situation.

It is still not easy to figure out how phobias originate. In most cases, causes of phobias depend on several factors. The roots of the phobias’ origin may be related to criticism or traumatic events. certain medical fears, death, minor wounds and animals are also mentioned as factors on which phobias are based. Genetics also plays a major role in whether a person develops some kind of a phobia.

Why do phobias “obstruct” our lives?

A phobia can greatly prevent a person from functioning normally in everyday life. Starting from ordinary social interaction, communication with friends, to performing work-related tasks. It creates a great deal of anxiety and unease in a phobic person. When a phobic person faces the choice of his phobia, then the physiological reaction of the body occurs. Then comes high blood pressure, noticeable “heart palpitation”, trembling, dizziness, sweating, nausea. So, it is a general discomfort, both psychological and physical.

Symptoms of phobias can sometimes be so strong that panic attacks may occur. When a person develops all these symptoms, then appropriate medical and psychological treatment should be undertaken.

What are phobias – examples of the most common phobias

We have seen that it is not easy to give a simple answer to the question “what are phobias” because it is a complex psychophysical category that requires special attention. There are many phobias that a person can develop throughout his life. Studies have shown that certain phobias are more likely to occur than others. These are just some of the most common phobias:

Cure is possible – how to get rid of phobias?

One thing is certain – cure of any kind of phobia is possible. The existence of phobia is part of everyday life, so no one should be ashamed of going to the doctor.

For many years now, the VIP Vorobjev clinic has been treating all kinds of phobias with great success. Our highly qualified medical staff and leading team of world-renowned experts approach each patient with great care. We discover the causes of phobias in time and immediately approach their elimination. Depending on the type of phobia and the severity of the patient’s condition, individual therapy is determined. By combining cognitive behavioral therapy and other treatment methods, the patient is gradually exposed to the cause of phobia, in order to learn how to react properly in a given situation.

With our many years of practical knowledge, immense experience and advice, you will overcome the fear that paralyzes you. Your life will be in your hands again.