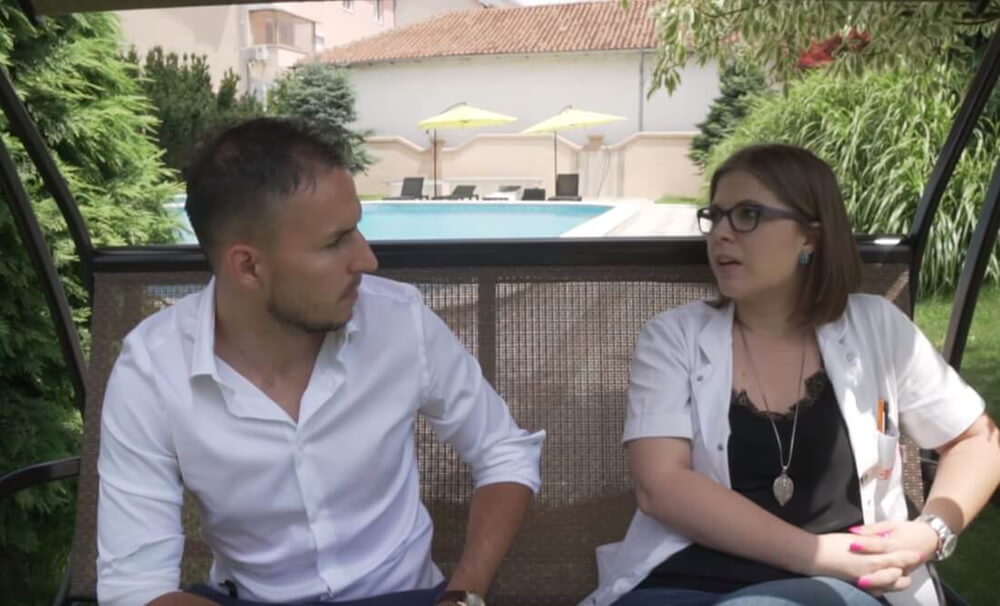 One of the most popular Serbian YouTubers Nikola Milošević, known as Đota, with youtube channel DJOTAFREESTYLE, is favorite among younger generations in our country and region for the entertaining content of his videos as well as his impressive football skills. However, in his latest video, Đota was a bit more serious. Namely, he warned the public about one of the biggest plagues of today. The theme of his video was ‘say NO to drugs’ which was welcomed with great excitement and positive comments.

Given that Đota has a great influence on young people, this YouTuber used the opportunity to
educate them about the harmfulness of using drugs. In other words, Nikola appealed not only to young people, but the entire public to never use drugs. Drugs take an increasing number of lives, and their consumption, unfortunately, is on a rising trend. That’s why Đota decided to join the fight against the use of drugs and thus demonstrate how devastating effect drugs have on the body

Who are actually drug consumers in Serbia?

In his latest video, the YouTuber went to VIP Vorobjev clinic, known all over the world for extremely successful treatments of addictive disorders. Đota asked the youth not to take the drug path. As he pointed out, at least once in their lives, they will find themselves in a situation where drugs will be at fingertips. Then, he says, they should never fall into the temptation to try it. Also, Đota uncovered the myth about who real consumers in fact are.

Although it is believed that drugs are used by only poor layers of society living in destitution, this is not the case. Đota explained that drugs are mostly used by wealthy people. That is, the people who have the money to afford it, who are accomplished in their own business or sports career. He invited all young people to always stay on the right and healthy path in life. Therefore, ‘say NO to drugs’ was Nicola’s main message in this video, which has over 100,000 views on Youtube.

Because of all of this, the twenty-five-year-old YouTuber talked to the patients of luxurious hospital for the treatment of addictive disorders – VIP Vorobjev. One patient said he had a problem with alcohol for more than ten years, after which he turned to cocaine. As he said, his life was about to end, and then he discovered VIP Vorobjev clinic, which literally saved him from the “claws” of drugs. Experts, top doctors, and friendly staff of this clinic helped him leave drugs use in the ugly past.

The other patient, who was on the onset of a promising sports career, discovered that he consumed cocaine with alcohol on nights out. He pointed out that this “practice” of his very soon grew into an addictive disorder as he had to increase doses. According to him, he tried to cure himself in various clinics in the United States, though unsuccessfully. After that, he went to VIP Vorobjev clinic which, with its innovative methods, turned him off drugs.
The next patient pointed out that, like most young people, she was mistaken that marijuana was not a drug, because of which she quickly lost control over consumption. After the most modern treatment at VIP Vorobjev hospital, she managed to change her life for the better completely.

Use of drugs – Entertainment that quickly turns to living hell

Đota’s video was taken by great public excitement, which is evidenced by many positive reactions and comments on his Youtube channel.

After talking to patients, Đota also spoke about the great harm of drug use with the psychologist of hospital VIP Vorobjev, Živka Rangelov. She said that the use of any drug at first appears to be harmless, but it is precisely this first step that is fatal. As she said, when drug users become aware of its destructive effect, they already are deep into the problem.

Rangelov explained that drug and alcohol could not bring anything good, only hell. From the fun and experimental phase at the beginning, one rapidly moves into the phases of developing addiction and crisis, which is why people have many harmful and mental and physical
consequences. In addition to the fact that the drug destroys the life of the consumer, it also destroys the family, the spouses, and business relationships. Asked why young people decide to start using drugs, Rangelov says that this has been largely influenced by today’s media promoting the use of drugs and alcohol.

The family is the pillar of any society, so it is essential to talk to children and young people about the harmful nature of drugs from their earliest ages, pointed out Rangelov.

For the end of the video, Đota once again appealed to all young people never to start using drugs. But also that it is not too late to quit use, if they have already made the wrong step. Because ‘say NO to drugs’ should always be a priority for everyone if they ever find themselves near drugs. If anyone has a problem with drug addiction, he or she should keep in mind that there is a solution, Đota concluded.

VIP Vorobjev clinic has been successfully treating patients from all over the world for addictive and other psychological disorders for decades. The clinic employs internationally recognized,
award-winning and top team of experts and doctors. We are also equipped with numerous state-of-the-art diagnostic and therapeutic devices that we use to implement safe and
painless detoxification. With an individual approach to each patient, innovative methods, and unique therapies in treatment, we help everyone get back on track as soon as possible.

Addiction is curable, and there is always a solution. We are here to provide it for you.