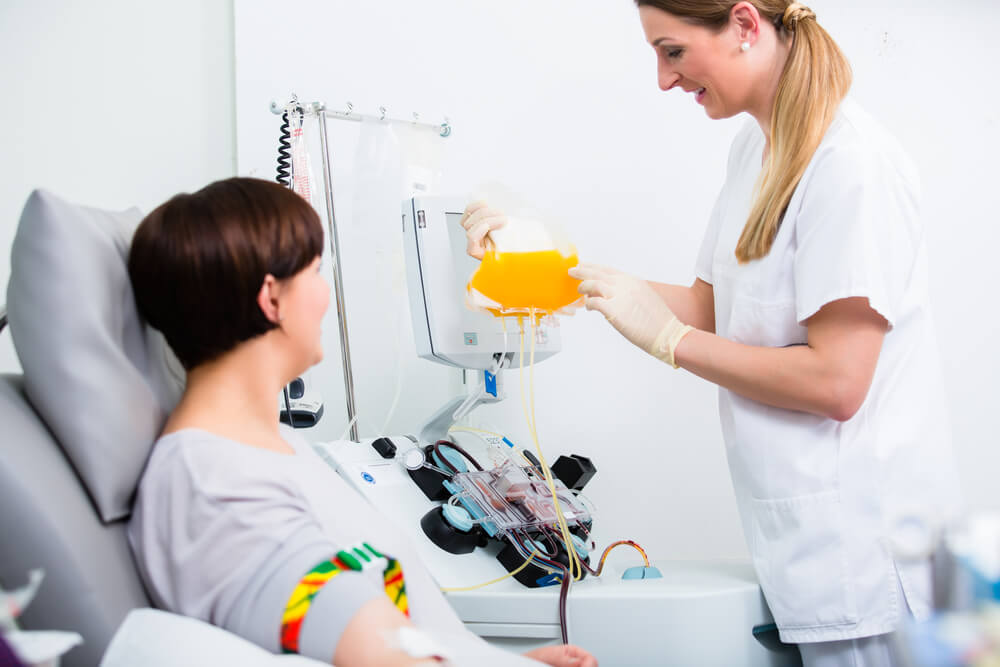 Plasmapheresis is one of the regenerative methods of treatment.

Use of drugs and alcohol is present at every age, regardless of social, cultural, or financial status. There is almost no part of the world or a society that does not face the problems of addiction. In fact, it can happen to anyone, at any time and under any circumstances. So it is not surprising that many experts point out that addictive disorders have taken on an epidemiological character.

Statistics too says that the consequences of alcoholism and drug abuse should not be taken lightly. In the last decade, heroin overdose rate has been seven times higher than in the previous period, while pill addiction has increased by four times.

Considering the ever-increasing negative trend of consumption of various psychoactive substances, a number of preventive measures are being implemented in all countries. Unfortunately, these are not enough, so science is constantly developing modern methods of treating addictive disorders. One of them is plasmapheresis.

Plasmapheresis is a therapeutic procedure in which plasma is extracted using blood separation technology.

Although a newer technique, plasmapheresis was discovered way back in 1913. The procedure was performed by John Abel and Leonard Rowntree and consisted of taking a certain volume of blood, centrifugation, and resuspension of blood cells.

Their work was continued by Dr. José A. Grifols Lucas who discovered that plasmapheresis is a completely harmless procedure, which contributed to it becoming the official therapy at a Los Angeles hospital in 1959. Over the coming decades, scientists have further developed this procedure, to officially identify the set of diseases in which plasmapheresis plays an important role in the late 20th century. It is used in allergies, Alzheimer’s disease, cardiovascular diseases, gastrointestinal problems, as well as for the treatment of alcoholism and treatment of drug addiction. 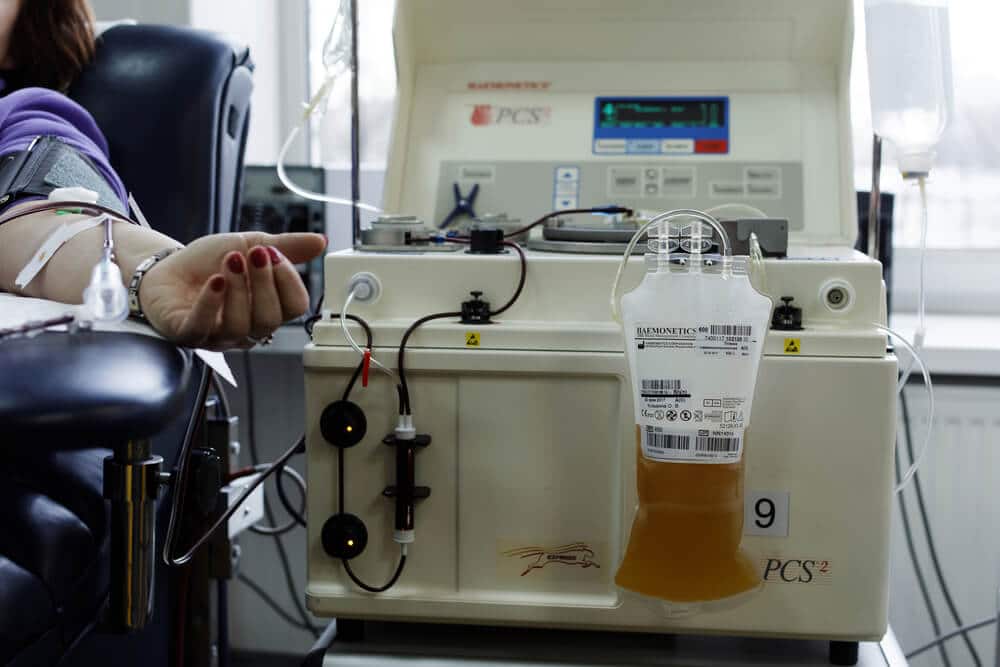 How is plasmapheresis therapy performed?

Plasmapheresis is performed using a special device that removes plasma from the patient’s blood and replaces it with the appropriate fluid. Usually, it is a colloidal or crystalloid solution, although it can be a combination thereof.

The goal of plasma extraction is to purify the blood outside the body and then return it to the body. In this way, the body is cleansed of harmful substances such as autoimmune antibodies, immune complexes, cryoglobulins, lipoproteins, psychoactive substances…

Apart from being completely painless, plasmapheresis is also a safe procedure. There is no risk of any contraindications, nor is a recovery period required. So, the patient can perform daily activities immediately after treatment.

The main role of plasmapheresis is to cleanse the body as soon as possible. It also prevents the occurrence of delirium tremens and psychotic disorders. It speeds up metabolism and microcirculation and stimulates the production of new, young cells in the body. So the strengthened immune system is ready to fight not only addiction but also hepatitis and other consequences of consuming illegal substances.

Plasmapheresis is an integral part of the complex treatment at VIP Vorobjev clinic. It is prescribed by the expert team of world doctors and psychotherapists based on the condition of the patient himself. Their years of experience, application of state-of-the-art devices and constant monitoring guarantee a successful treatment. Therefore, plasmapheresis is the starting point for the treatment of cocaine, heroin and other psychoactive substance addicts.

Apart from applying the best treatment for painless body purification, VIP Vorobjev clinic stands out from the others for its unique revolutionary treatment of mental addiction with Ibogaine, while full post-treatment support lasting one year after leaving the hospital makes it easier for patients to overcome all the challenges of returning to normal life.

Say “no” to drugs in the complete privacy and luxury accommodation of VIP Vorobjev clinic. For additional relaxation and a more enjoyable stay here you will find a modernly equipped gym, swimming pool, hot tub, gazebo, as well as rich social content.